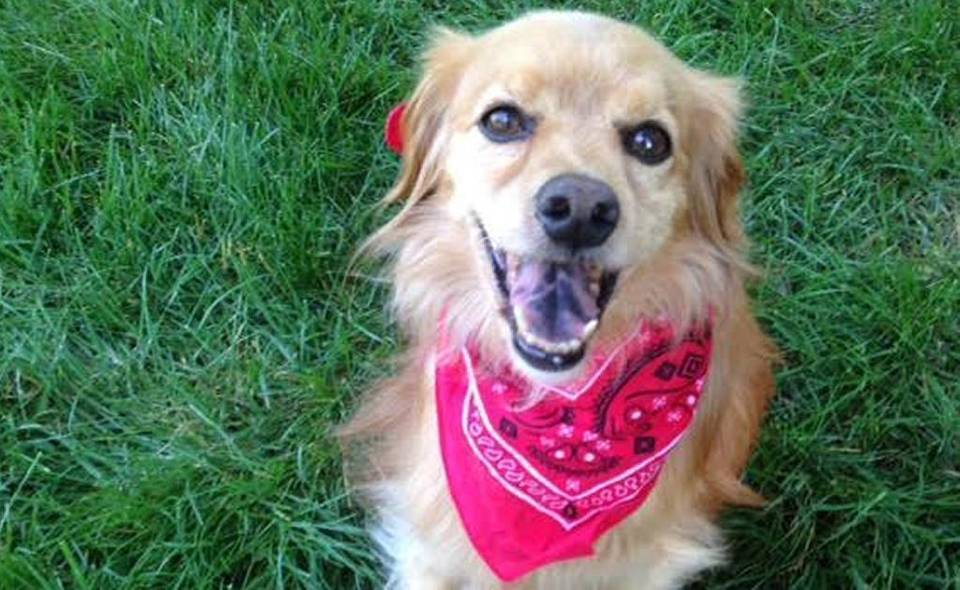 It’s not a good idea to lock a dog inside a hot car. Pets, like Lenny a spaniel mix, will overheat quickly in that situation.Michelle Schrader

As soon as I got out of my car, I heard him bark.

With the thermometer soaring 90 degrees in the shade, the Benji-like dog peered up at me from the driver’s seat of a blue Toyota. Sticking his nose out the 3-inch crack atop the window, he barked again: A cry for help.

If I have one super power, it’s parking next to dogs in hot cars. I don’t do it on purpose. It ruins my day. Whether I’m at the mall or Walmart or the grocery store, wherever I go, there they are.

On this particular day, tar bubbled on the cracks of the parking lot at St. Clair Square. I told my then 12-year-old son to get in our car and turn on the air conditioner. It was way too hot for him to stand outside in the full sun.

I pulled out my cell phone and called the Fairview Heights police.

A bicycle patrol officer pedaled up about five minutes later, wiping his sweaty forehead with a Kleenex. Soon after, the dog’s owner moseyed up eating a hamburger.

What happened next was not pretty. Though no citation was issued, I assure you Mr. Burger got the point.

And the point is: Don’t lock your dog in a hot car.

To be generous, some “hot car” offenders love their pets, which is why they take them along on errands. They think, “I’m just running into the grocery store to pick up a gallon of milk. Fluffy will be OK for a few minutes.”

Fact: It doesn’t have to be hot outside for it to be dangerous inside a car. Temperature spikes happen quickly and cracking the window doesn’t help. On a mild, sunny day of 73 degrees, the interior of an SUV can heat up to 100 degrees in just 10 minutes. Multiply that by the fact dogs don’t sweat and they’re wearing fur coats … Well, you do the math.

A 2005 Stanford University School of Medicine study showed that a car’s interior can heat up by an average of 40 degrees Fahrenheit within an hour — regardless of the ambient temperature. This means, on a sunny day, even 60 degrees can be too warm to leave a dog in the car.

Yet people do it all the time.

So what do you do if you see a dog locked in a hot car? Well, I’ll tell you what you don’t do. You don’t think, “Isn’t that terrible?” and walk on by like it’s not your problem. You saw it, which means you are that dog’s super hero. Don’t assume the next passerby will don the cape.

Lee-Glover, who works at Cato Fashions, spied the little dog on her lunch break. She had intended to run inside Walmart to grab a small salad, but instead, she jotted down the car’s license plate and hurried to the store’s customer service desk.

“They said they would page the license number,” she remembered. “I went back and waited by the car but nobody came. It was over 90 degrees outside. I had to leave and clock back into work with that poor little dog still in that car. I still worry about what happened to him. Now I think maybe I should have called the police.”

She should have. Faced with a similar dilemma, so should you.

“We’ll go out and try to find the owner,” said Sergeant Gary Becker of the Belleville Police Department. “If we think the dog is in distress we’ll try to open the vehicle. We’ll try to educate the owner and look to see if there’s any history of them doing this before. It’s up to the officer’s discretion whether or not to ticket the owner.”

“Common sense would dictate to call the police if a dog is in a hot car and in distress,” he said.

“You wouldn’t leave a baby in a hot car. So you shouldn’t leave a dog,” said Lee-Glover, who still wishes she could have done more for that Shih Tzu. “I know some people will say, ‘Dogs aren’t human, so it doesn’t matter.’ But to a lot of us, our dogs are like our children. And even if they aren’t, you don’t let them bake in a hot car.”

Michelle Meehan Schrader is a writer and animal welfare advocate who sits on the board of the Belleville Area Humane Society. 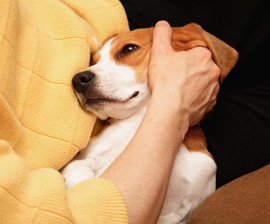 Thinking of adding a pet to your family? Here are ten reasons to adopt your new best friend.

1. Because you’ll save a life

A shelter pet is more than one in a million—she’s one in 2.7 million. That’s the number of adoptable dogs and cats who are still euthanized each year in the United States, simply because too many pets come into shelters and too few people adopt.

The number of euthanized animals could be reduced dramatically if more people adopted pets instead of buying them. When you adopt, you save your animal and open up shelter space for another animal who might need it.

2. Because you’ll get a great animal.

Animal shelters and rescue groups are brimming with happy, healthy pets just waiting for someone to take them home. Most shelter pets ended up there because of a human problem like a move or a divorce, not because the animal did anything wrong.

3. Because you’ll get a great bargain.

When you adopt a pet, the cost of spay/neuter, first vaccinations and sometimes microchipping is usually included in the adoption price, which means you’ve scored a major deal—a fuzzy deal who will thank you with kisses or purrs for years to come.

4. Because of the bragging rights.

No one needs to see another selfie—unless it’s a selfie of you with the adorable cat you just adopted, like the hero you are! Adopt a pet, post the pictures and let the love (likes) roll in.

5. Because it’s one way to fight puppy mills.

You’re too smart to get a dog from a pet store or online seller—you might as well buy direct from a puppy mill.Puppy mills are “factory style” breeding facilities that put profit above the welfare of dogs. Animals from puppy mills are housed in shockingly poor conditions with improper medical care, and are often very sick and behaviorally troubled as a result. The moms of the puppies are kept in cages to be bred over and over for years, without human companionship and with little hope of ever joining a family. And after they’re no longer profitable, breeding dogs are simply discarded—either killed, abandoned or sold at auction.

Most puppies in pet stores and sold online come from puppy mills. The dogs are sold to unsuspecting consumers in pet stores, over the Internet and through classified ads. Puppy mills will continue to operate until people stop supporting them. By adopting a pet, you can be certain you aren’t giving them a dime.

6. Because your decor will thank you.

Many of the pets from shelters and rescues are already housetrained, which means you’re not only saving a pet’s life, you may be saving your rug.

Not only do animals give you unconditional love, but they have been shown to be psychologically, emotionally and physically beneficial. Caring for a companion animal can provide a sense of purpose and fulfillment and lessen feelings of loneliness and isolation in all age groups. And when you adopt, you can also feel proud about helping an animal in need.

You recycle your paper and plastic so it doesn’t end up in landfills, and you know that recycled materials make all sorts of things. A “recycled” pet can make something even better: She can make you happy.

9. Because The Shelter Pet Project will make it super-easy.

We like easy. Go to the Shelter Pet Project to find pets near you, of every size, color, temperament and breed. You want an orange cat who likes ear-scratches on alternate Tuesdays? You can probably find one.

And get a new best friend in the bargain. Seriously, what could be better than that?