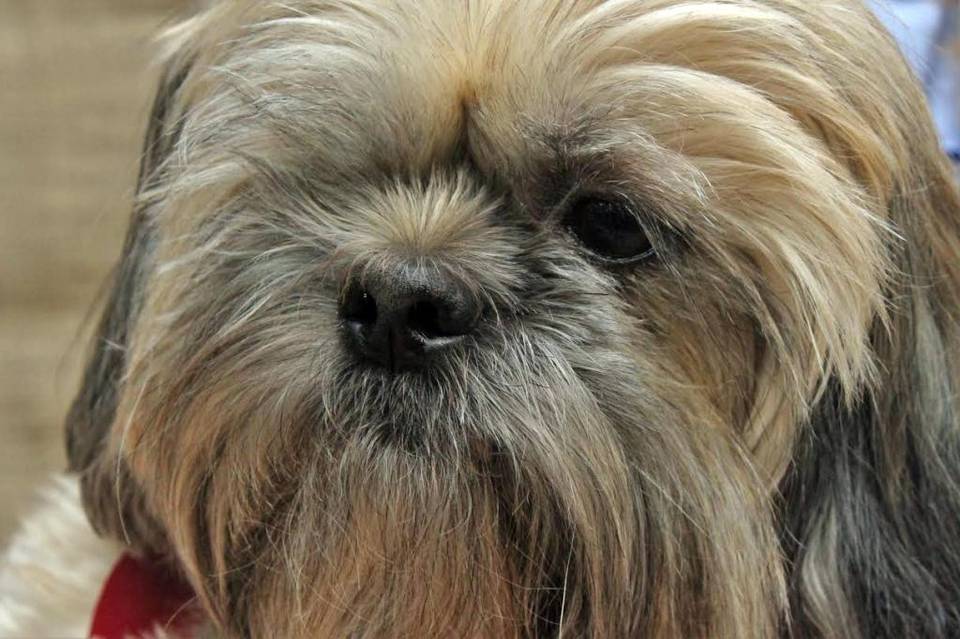 I didn’t mean to fall hard for Captain Jack. It just happened. One of those crazy, beyond-your-control, heart-pounding love connections you read about in romance novels. Yes, he was short and shaggy with a flat face and a raspy growl. But that isn’t what did it for me. What did it for me was the fact he only had one eye.

One perfectly round, perfectly trusting, chocolate-drop-adorable eyeball that tugged at my heartstrings and made me weak in the knees. According to Captain Jack’s back story, a bulldog had taken out his other eye long before I met him at a Belleville Area Humane Society Adoption event five years ago.

He was a buff-colored Shih Tzu in need of a home. I was an animal lover whose husband was out-of-town on a fishing trip. We were meant to be.

“Get ready ‘cause I’m about to beg you,” I texted my husband, who was reeling in bass somewhere in Kentucky. “There’s this dog I really want to foster. Before you say no, let me tell you about him.”

Jack now shares our bed. He snorts. I snore. And Mark, well, he talks about getting earplugs.

“It was supposed to be temporary,” he reminded me as Jack begged for carrots at the kitchen table.

Did I mention Jack could go vegan in a heartbeat? He prefers mangoes and watermelon to chicken and steak. Not sure why he has a weight problem, though it may have something to do with all the peanut butter.

“Maybe if I winked all the time you’d love me more.”

“Are you making fun of Jack’s condition?”

“Nothing funny about it,” he said. “That dog has you wrapped around his paw.”

This was never more evident than the day I brought home Lola, a 7-pound chihuahua who took on a Rottweiler before I rescued her from the shelter.

Lola barked at Jack. She pushed him away from his food bowl. She glared into his lone eye and snarled.

Ever the sensitive Shih Tzu, Jack stopped eating his mangoes. I couldn’t stand to watch his self-esteem plummet. So I did my best to embolden him.

“You’re spoiling him, Mom,” observed my son Sam, as I rocked Jack in my arms like a baby while dropping strips of cantaloupe into his mouth. “I know you’re trying to make up for Lola bullying him — but you’ve taken it too far.”

He was right. All that doting had gone to Jack’s head.

My once well-behaved Shih Tzu made me chase him in the yard. He also refused to eat his dog food unless it was garnished with cheese. Not just any cheese. Sharp cheddar with a sprinkling of Parmesan on top.

Last Halloween, I dressed Jack as a pirate with a little patch over his missing eye. He should have worn a black, leather motorcycle jacket. That’s the kind of bad boy he’s become.

These days, Lola and Jack get along fairly well. If they don’t share a mutual respect, they do share a throw on the couch. And though Lola still scarfs down Jack’s dog food, she leaves his watermelon alone.

Yes, for a one-eyed Jack, he’s got it made in the shade.

Well, actually the central air. Jack doesn’t go outside much in the summer.